In 1511 the great humanist Erasmus of Rotterdam published his “Praise of Folly”, a little book that would have a great effect on the development of western culture.

A little bit of madness gives taste to life, makes women charming, helps conviviality and friendship, in a word it allows us to tolerate each other. Folly in person says: “if mortals would avoid any kind of relationship with wiseness, and live always under my teaching, old age would not even exist, and they would enjoy eternal youth”. 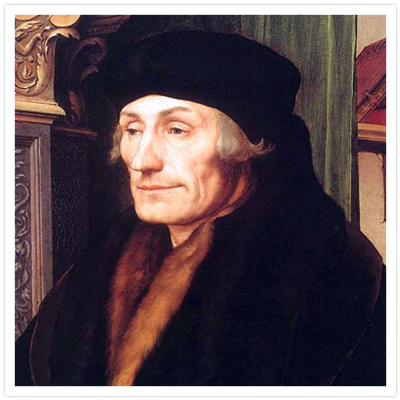 While Erasmus was publishing his Praise, another “Folly” was spreading in Europe: a folk dance that was developed at the end of Middle Ages in the Iberian peninsula and later progressively pervaded France, Italy and even England.

It is the “Folía”, that, in 1611, the spanish writer Sebastian de Covarrubias was describing as: The folía is a sort of very joyous portuguese dance, because it involves a lots of people that move with rattles and other instruments and the noise is so great, and the sound so loud, that they all look out of their mind. That is why they named the dance “Folía”.
As the centuries passed, the folías’s rhythm strayed from its peasant origins reaching European Courts, crossed the ocean and conquered the new world, finding its place among classical music, from Corelli to Vivaldi and Rachmaninov.

A true “world music” that, even after so many changes, forces the listener to beat the time. Thinking of this rhythm and Erasmus’s words, the name “Folías” seemed to synthesize the motivations that have suggested us in 2013 to restore an old mansion, surrounded by the peaceful countryside of Melizzano, trasforming it in a place dedicated to music, excellent food and beverages, good company and the fire blazing in old fireplaces. It is all you need to be not too “wise”, thanks to a touch of a little “madness”.